Finding Deeper Meaning in the Resurrection 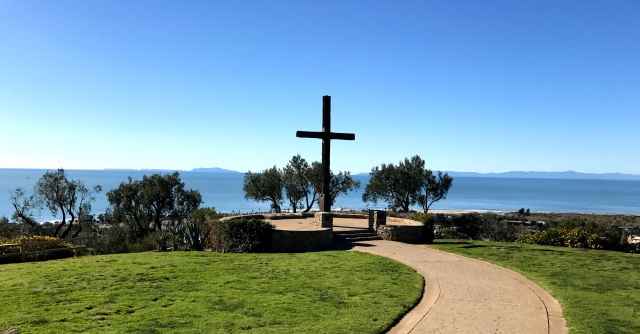 At the beginning of His ministry, Jesus went to the synagogue in Nazareth on the Sabbath and read the Scripture for the day. Luke says, “And when He had opened the book, He found the place where it was written: ‘The Spirit of the Lord is upon Me, because He has anointed Me to preach the gospel to the poor; He has sent Me to heal the brokenhearted, to proclaim liberty to the captives and recovery of sight to the blind, to set at liberty those who are oppressed; to proclaim the acceptable year of the Lord.’ Then He closed the book, and gave it back to the attendant and sat down. And the eyes of all who were in the synagogue were fixed on Him. And He began to say to them, ‘Today this Scripture is fulfilled in your hearing’ ” (Luke 4:17-21).

Jesus said, “…The Father set me apart (anointed me) and sent me into the world. Don’t believe me unless I carry out my Father’s work. But if I do his work, believe in the evidence of the miraculous works I have done, even if you don’t believe me. Then you will know and understand that the Father is in me, and I am in the Father.” John‬ ‭10:36-38‬ ‭NLT‬‬

Jesus goes on to say, “Destroy this temple, and in three days I will raise it up.” (When Jesus said “this temple,” he meant his own body.)‭‭ John‬ ‭2:19-21‬ ‭NLT‬‬

Christianity has tended to view the resurrection as Jesus’s triumph over physical death—and it was. But it is so much more than that! Jesus was also laying out wisdom for his disciples. “Then, calling the crowd to join his disciples, he said, “If any of you wants to be my follower, you must give up your own way, take up your cross, and follow me. If you try to hang on to your life, you will lose it. But if you give up your life for my sake and for the sake of the Good News, you will save it. And what do you benefit if you gain the whole world but lose your own soul?” ‭‭Mark‬ ‭8:34-36‬ ‭NLT‬‬

Jesus taught wisdom, and “wisdom is the foundation upon which further developments of formation can build. Just because wisdom is ‘natural’ and ‘human’ does not place it in opposition to the divine work of God; it merely places it in a lower order. God does not contradict such wisdom, but presupposes it and builds the supernatural virtues of faith, hope, and love upon it.” Richard Foster

Jesus’ resurrection and its meaning lies in something far deeper than merely the resuscitation of a corpse. “Genuine faith deals more with the home than with the church, more with the office than with the altar. Jesus’s real purpose in this sacrifice was to wager his own life against his core conviction that love is stronger than death, and that the laying down of self is the essence of love leading not to death, but to life. Thus, the real domain of the resurrection is not just about physical dying and resurrection but also dying-to-self.” Richard Foster

What if everyone who is “in Christ,” resurrected people, took seriously that they, too, like Jesus, were anointed to preach Good News to the poor, liberty to the captive, and sight to the blind? What would the world look like if we too seriously being the Body of Christ–the hands, feet and heartbeat of the living God? What if we are, like Jesus, Word made flesh, salt and light?

Today as I reflect on the resurrection, it so so much more than eternal life–although it is that. Jesus wants his defeat of death to transform us here and now, not just for eternity. When Jesus raised Lazarus from the dead he said, “Unbind him, and let him go.” God’s word is an invitation to freedom. Freedom not to serve ourselves, but rather others.

Husband, father, grandfather.
View all posts by Bob Creson →
This entry was posted in Uncategorized. Bookmark the permalink.