Not long ago 4G was a parking space 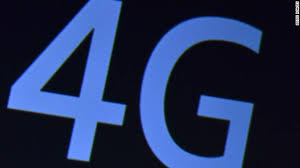 I recently recorded a Carson Daily Last Call where he interviewed Gavin Newsom, the Lt. Governor of the State of California. I’d never heard of him but was intrigued by the idea that he’d written a book about how to reinvent government called Citizenville. Now, that’s a news flash for a State headed apparently for bankruptcy unless emergency measures are employed.

I’m not here to promote his book, but a phrase he used in the interview with with Carson Daily really caught my attention. He reported that Thomas Friedman said that when he wrote his book about Globalization, published in 2005, The World is Flat, he never mentioned FaceBook, Twitter was a sound, the Cloud was something in the sky, 4G was a parking place, Linked-in was a prison, an app was what you filled out to attend Stanford, and SKYPE was a typo! Newsom said, “We are on a collision course with the future!”

No kidding. Many thought Friedman’s work was ground-breaking but he never mentioned FaceBook. Things are changing so fast it’s easy to feel disjoined and out of touch.

Newsom made the point that organizations need to function like an app–like Amazon–be a ‘platform” for participation. Life is no longer dominated by the ‘top down’ or centralized but rather by the customized. Life is managed with smartphones that organize our lives. His point? Government, and by extension, organizations that don’t become this customizable platform are dying.

While this may be a bit dramatic (really, dying?), something about his analysis rings true. Too often I/we want to control or manage life when, in reality, control is a myth. The most we can hope for is to point in a direction. If a movement results from our ideas, it’s probably due to more than our wise attempts to direct people’s lives onto the road we’re traveling.

I’m not very good at seeing trends, but one trend I know: don’t blink, or things we thought we understood will change. Often for the better, and often without our help. That said, it’s not wrong to try to ‘nudge’ things in a direction we think they should go.

Just remember, Siri didn’t exit just a couple of years ago. Now ‘she’ is my personal assistant. Can’t wait to see what happens next.