“There is nothing like the Scriptures in the mother tongue!” 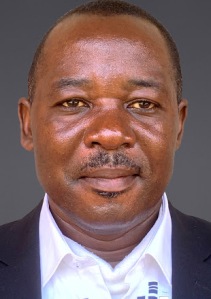 Recently Paul and I were reminiscing about Cameroon. We talked about our mutual friend, Léonard BOLIOKI, and the loss of his son, Tonton. Over thirty years ago, following his tragic death, Dallas, and I attended Tonton’s funeral where we observed firsthand the power of the Scripture in the mother tongue. As Leonard read the story of Lazarus, in YAMBETTA, to the gathered friends and family, we could see and feel the deep penetration of Jesus’ words of comfort and hope. While the funeral service had been conducted in French, hearts were touched at a much deeper level when Jesus started speaking YAMBETTA.

Paul then told me of losing his own son, Samuel, at two months of age. Shortly after the devastating loss of little Samuel, Nawain Miriam (Nawain is a term of respect for older women in his community) and three other women from church paid a visit to Paul and his wife, Juliana.Paul said, “In the KOM tradition, it is encouraged that the rest of the community members show empathy to those who are mourning and celebrate with those who are rejoicing. Often, some people come to condole but do not find the appropriate words to express their messages of condolence. Some come and repeat what others have said, normally phrases such as ‘take heart, ‘God gives and God takes’, ‘God will visit you again’”, etc.

“When Nawain Miriam came, she did something different, she comforted us with Words of Scriptures reading, “All praise to God, the Father of our Lord Jesus Christ. God is our merciful Father and the source of all comfort. He comforts us in all our troubles so that we can comfort others. When they are troubled, we will be able to give them the same comfort God has given us.” (2 Corinthians‬ ‭1:3-4‬‭ NLT‬‬)

“I’d never seen this before!” Paul said. ”Firstly, she broke away from stereotype and cliches in the first place; secondly, she read from Scriptures, something nobody could have in their wildest dreams thought possible at her age at that time; thirdly, it was a relevant passage, talking about comfort and so very fitting to the occasion which showed that she actually understood what she was doing; fourthly, I participated in teaching her how to read and write not only in our literacy class, but she was my student every Sunday as I taught Sunday school; and lastly, it was a passage I helped translate and it was now read to me in my mother tongue, in the presence of many other people who did not know these facts. It was encouraging for Nawain Miriam to be able to do that and a motivation for others to learn to read Kom.”

Paul said he cried when he heard Nawain Miriam read this. He said those who saw him crying thought it was over the loss of little Samuel, which it was of course, but he said it was more than that: it struck him that he had helped translate this passage into KOM and this woman was using it in return to comfort him and others in the loss of Samuel, just as Léonard had used the YAMBETTA Scripture at Tonton’s funeral to comfort those in attendance.

The KOM translation team is now moving on to Old Testament translation. Paul finished by saying, “There is nothing like the Scriptures in the mother tongue!” 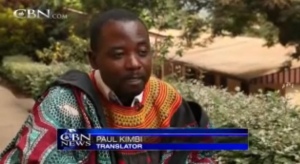 More of the story of translation in Cameroon, including Paul’s story, can be found here Native Speakers Labor in Love for Cameroon.

Husband, father, grandfather.
View all posts by Bob Creson →
This entry was posted in Uncategorized. Bookmark the permalink.

2 Responses to “There is nothing like the Scriptures in the mother tongue!”